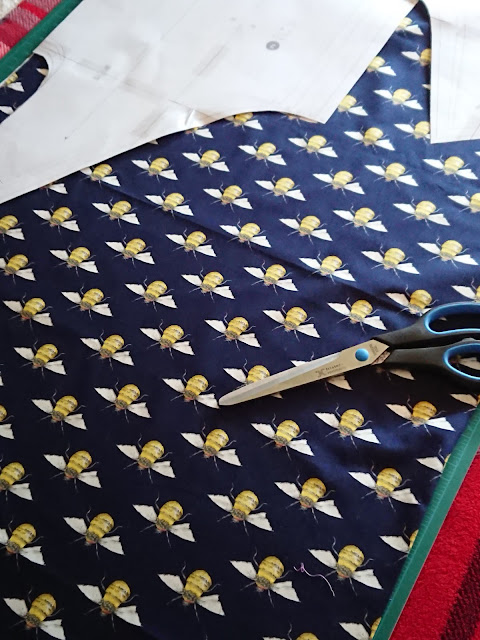 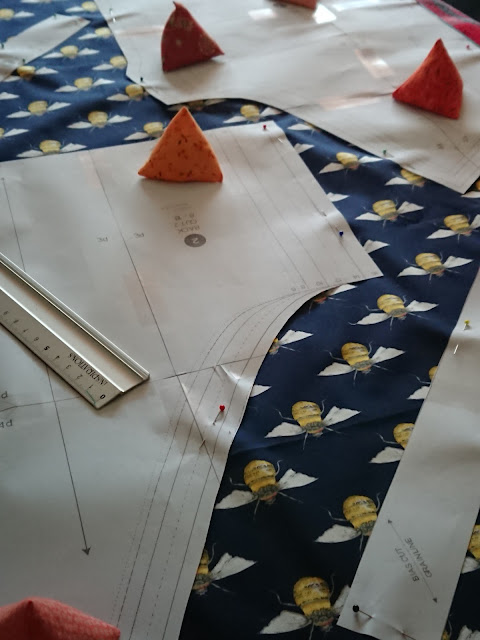 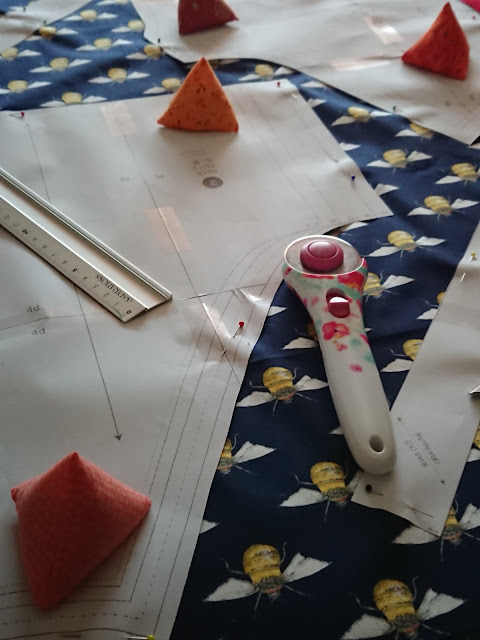 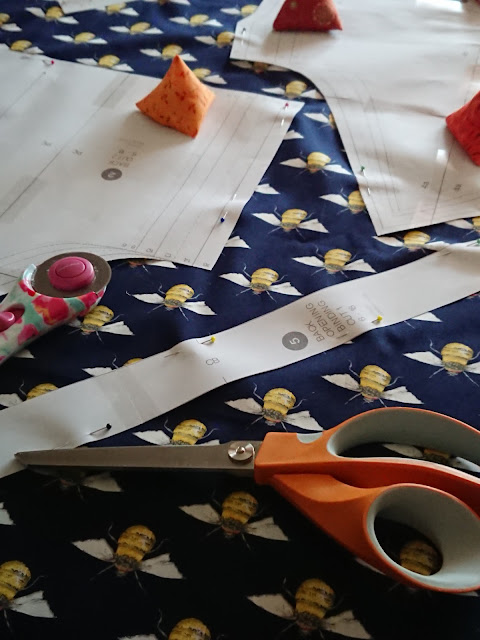 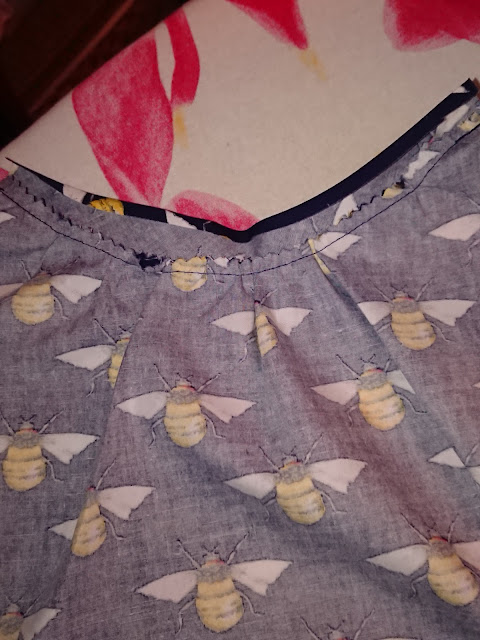 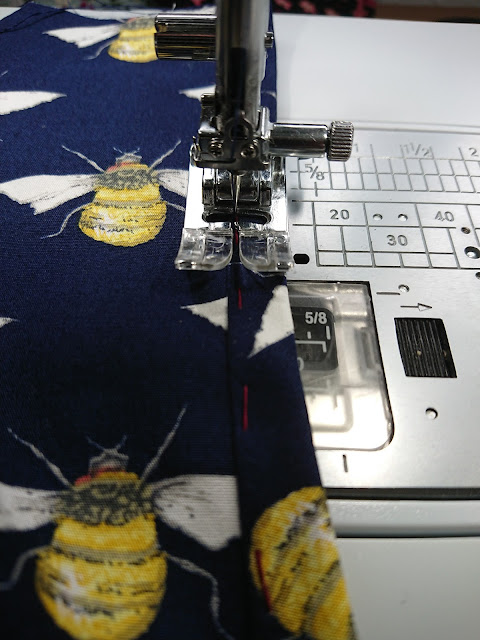 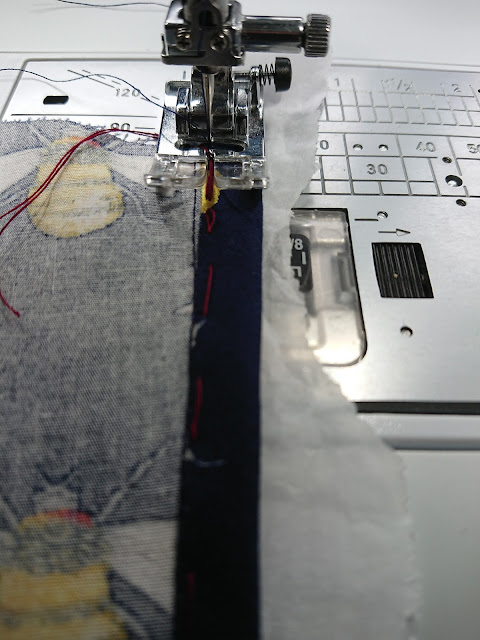 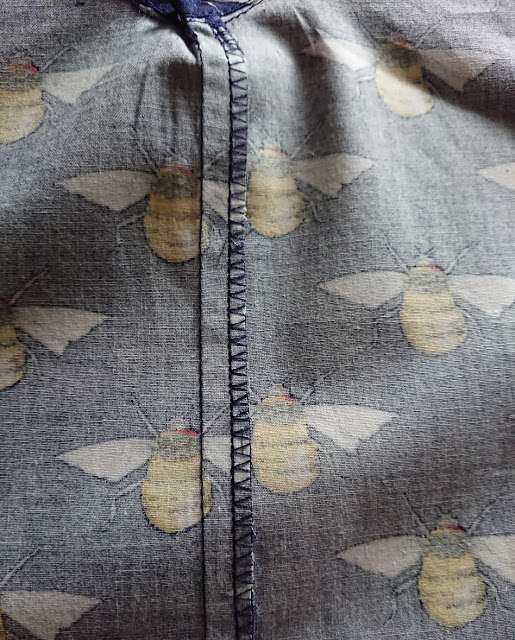 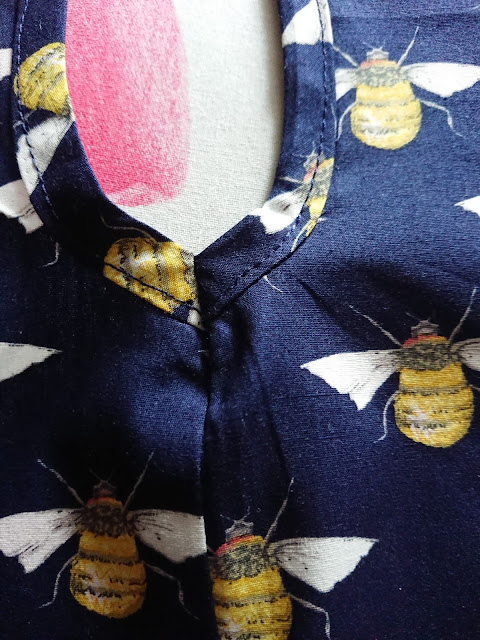 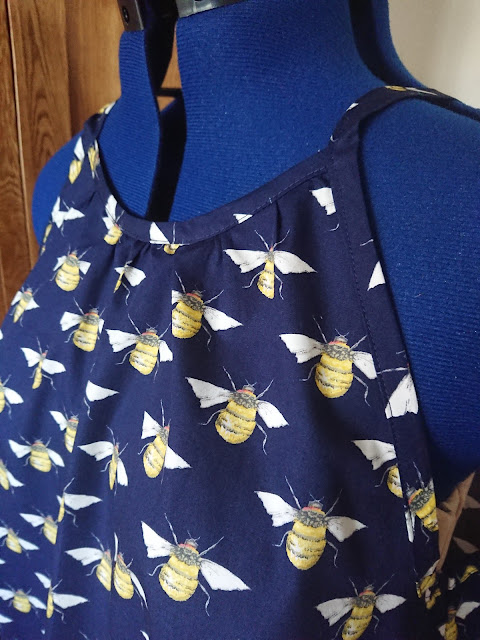 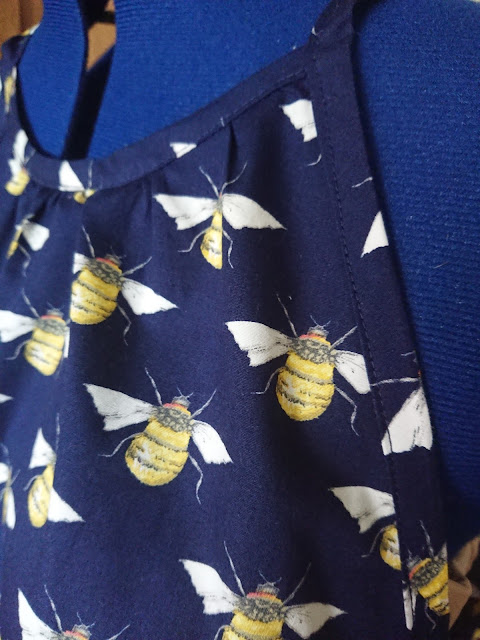 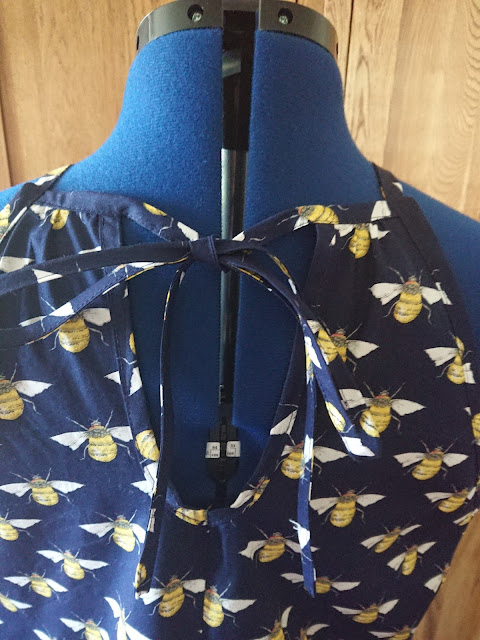 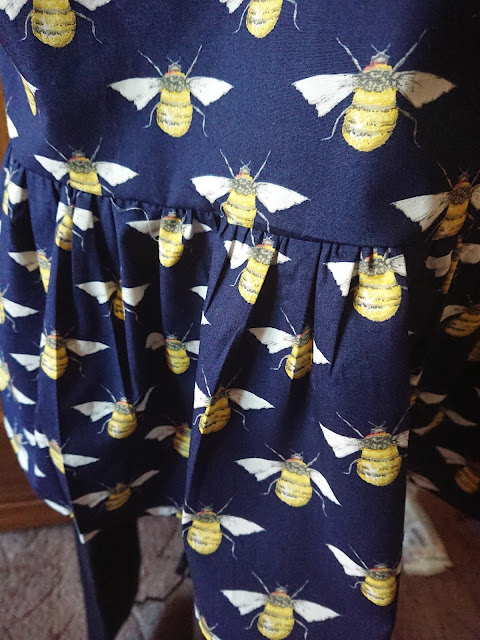 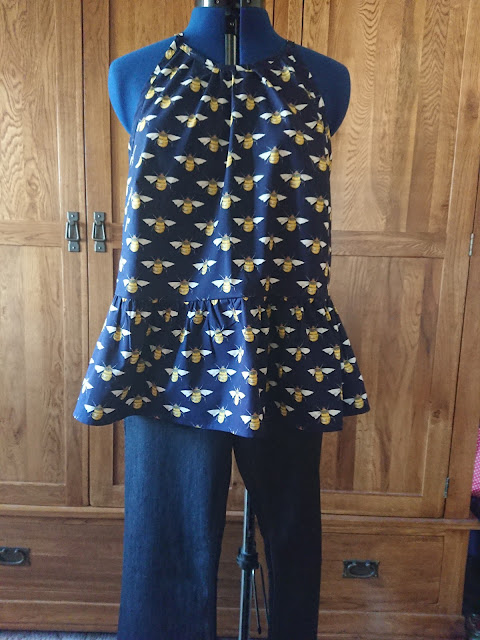 Boy, this material has been sitting in my stash for what seems like forever (actually only a year, but that's long enough).  So why was it sitting so long? Well, sometimes I go through this rigmarole of loving a print too much, that I then become scared of cutting into it because I think I'm going to muck it up. I know, stupid right? Well, this very fabric had that effect on me, hence why it stayed out of harm's way until a suitable pattern came along. So, a year later that pattern did indeed come along! Say hello to the perfect pattern the Gypsy Swing-top by Annie of Sew This Pattern. I knew as soon as I saw the pattern that the bumblebee fabric would be ideal.  So armed with the pattern and my one metre of fabric, yes, I was going to try and squeeze this pattern out of one metre, and I nearly got away with it.  I even dropped down a dress size; well, I need to lose weight anyway was my thinking. But even dropping the dress size, I just couldn't squeeze the bias out of the length for the armholes or the ties at the back. I did think about using navy bias binding (shop bought) except, I think deep down I knew that was going to look naff.  Now, I didn't buy this material it was gifted to me through a swap.  I wasn't even sure the print was still available, and yes, I had cut out all the other pieces.  So, I thought why don't I do a search online and see what comes up.  First half an hour I felt deflated, everywhere I tried it came up 'NOT AVAILABLE'.  I was ready to give up and go down the road of shop bought bias when I thought why not try eBay and see what that brings up.  Well, I found one lone seller with cream, pale blue and a grey version and then I saw a navy version. They had one metre of the navy in stock, so I snapped it up. I wasn't even sure if that was going to be enough (I just felt smug that I'd actually found some, go me!) we are talking about cutting something on the bias here, weird angle and all.  Anyway, to stop me stalking the postman, I set about sewing up to the point where I would need to put in the bias (the whole time I'm sewing, I'm thinking please let the metre be enough, please let it be enough, please). Well, as you can see from the pictures the metre of fabric was indeed enough.  Looking at the top now I think using the same material instead of shop bought bias was the way to go. And, do you know I was also pleasantly surprised when I pulled the top over my head to try it on, because even though I dropped down a dress size the top does fit me, perfectly, and it will look even better when I lose some weight.  It was fate I tell you, fate. It was meant to be!
Oh! Before I forget here is a quirky little piece of information about me.  When I'm sewing, I nearly always tack or baste hems and other pieces together first before machining.  The weird part though; I have to use red thread, no other colour will do.  It has to be red (did you spot it, in the photographs?
at April 22, 2018