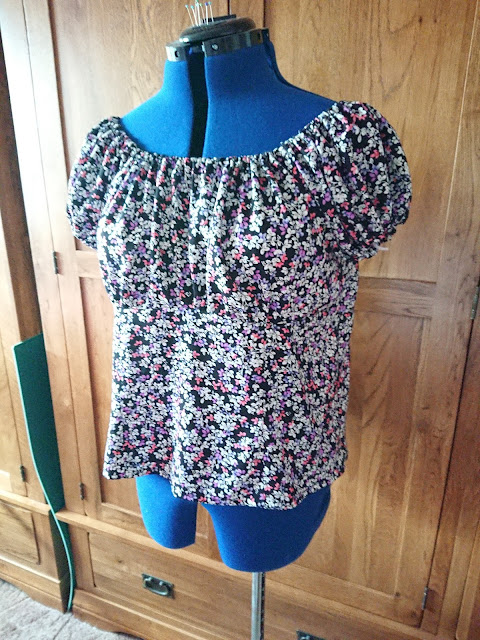 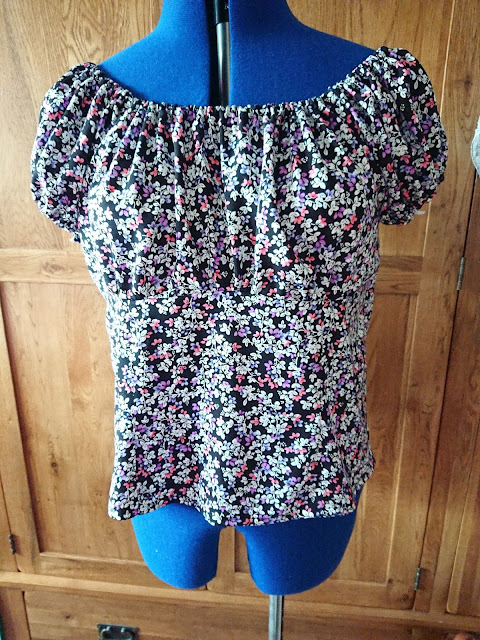 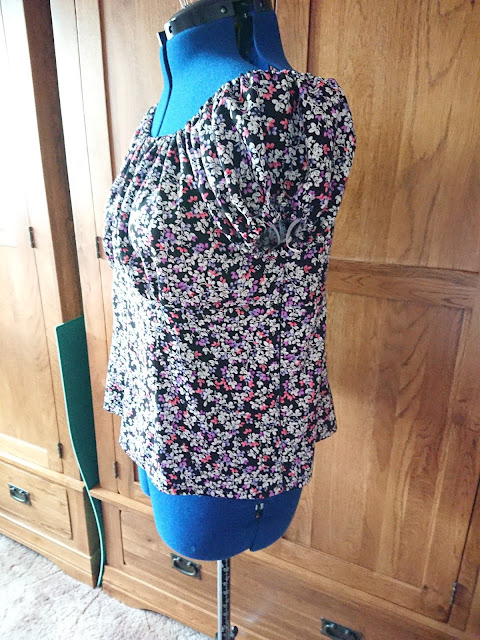 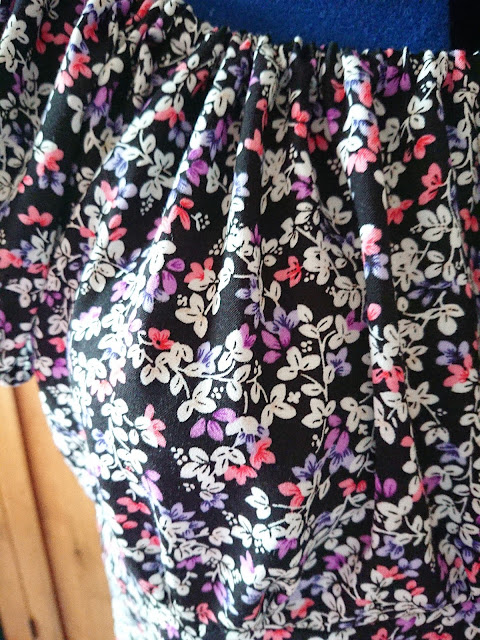 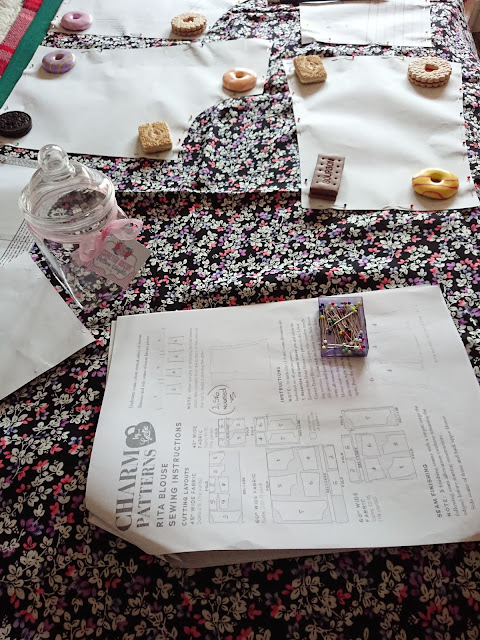 This is my second Rita Blouse and this version is made in a silky viscose. I'm so in love with this pattern! Why? I never thought for a minute that I had the skill set to construct it, and I can't believe it actually fits on the bust, waist and hips. I've put on a bit of weight since recovering from PTSD and it's only now I'm well enough to do something about it; practising yoga.

Anyway, this material came in the very first subscription box I purchased from Sew Hayley Jane. A fabulous box I'm still subscribing to one year on.

This top is a lot lighter and wispier than the cotton version, the fabric is soft to the touch and has a lot more drape than the first version. It was also harder to manipulate when sewing, due to its silky texture; I had to fight to stop it from slipping out from under the presser foot. However, this isn't a grumble, more of a learning curve for next time; slow and steady wins the day.  With this being my second attempt at constructing this blouse I found it easier to place the pieces together. The bust came together quickly and the zip was simpler to fit. And now that I've printed and cut out the pattern, there is really no stopping me. I will be making more of these in the future.

So, what am I going to wear this one with? I did try it on with denim, but it just didn't go.  It looked a bit too dressy. Then I tried it on with trousers and it looked pretty amazing.  So, I think it has to be tailored trousers rather than jeans. Which is a shame because it probably means I'm going to wear it less. Being an Early Years Educator and doing the power dressing thing, doesn't really work. Especially when you end up with little paintie hands on your legs, arms and sometimes your butt. Yes, many a time I've walked round my local supermarket with a little handprint on the seat of my trousers and I've not noticed until I've made it home. Lol!

What do you think denim or dress trousers?